What are FPGAs and How Do They Change the World?

What are they FPGA?

FPGA or field-programmable gate arrays are pieces of programmable hardware that allow a user to program logical operations to carried out.
They are arrays of circuits, like those on computer chips, that form programmable memory, logic gates (e.g. AND functions) and many other elements.
In standard computers, the chips you get on your CPU in your laptop are ‘fully baked’, meaning the hardware can’t programmed even though the
Software can replaced or deleted. FGPAs don’t have a chip – they’re a hardware circuit that programmed with complex or straightforward logical
Functions that can act together as a multi-core processor.

How are they Used?

FPGAs used when a specific workload needs an optimized chip to deal with it, especially when one needs to make changes to a chip at a later date.
They used in video equipment, automobiles, aerospace, and military devices.
They are also instrumental when testing processors or chips as they can changed regularly until the final design is bug-free.
Intel uses FPGAs in its testing phase.
They don’t come without problems, however, and if they’re for debugging during prototyping, programmers may experience “FPGA Hell”.

To put some of their utility into understandable terms, imagine an automatic security camera.
Say it records at a framerate of 5 frames per second.
Imagine there’s a crime-wave nation-wide and to combat it, a presidential decree ordered for each house to have a security camera that records
At 10 frames per second as a minimum. If you were a company that used fully baked chips in your cameras, your customers would have to buy new
Cameras (and likely won’t buy from you due to dissatisfaction).
Your competitors who used FPGA hardware, however, could just issue an update that simply reprogrammed their FPGA.

Are they Better than Normal Chips?

That entirely depends on what you are measuring.
If you are looking for chips at a low cost, you might want to stick with fully baked chips.
FPGAs have advantages in the fact they are reprogrammable and more power-efficient than running
On a CPU, so they preferred by companies that are looking to process a lot of data but without a high total cost of ownership.

FPGA how Do They Change the World?

Besides being tipped to be significant in IoT tech, FPGAs are changing the world due to their use in one highly impactful field:
Artificial Intelligence. Deep neural networks need significant processing power for artificial intelligence, and often Graphics
Processing Units used to accelerate processing. In some cases, however, FPGAs outperform graphics processing units in
Analyzing the vast quantity of data needed for machine learning.

Microsoft started putting FPGA to use in their AI programs with their Project Brainwave, which allows its customers to access
FPGAs (Intel Stratix FPGAs) through their Azure cloud service. They fitted cloud servers with FPGAs that were specifically configured
To machine learning, deep neural networks, and artificial intelligence, sensing that there was a market for cloud-based FPGA processing.
They also provided open-source tools in the form of their Cognitive Toolkit to encourage developers to code for machine learning, meaning
That if a start-up comes up with an AI breakthrough in the next few years, it’s likely that they are using FPGA-enabled servers. 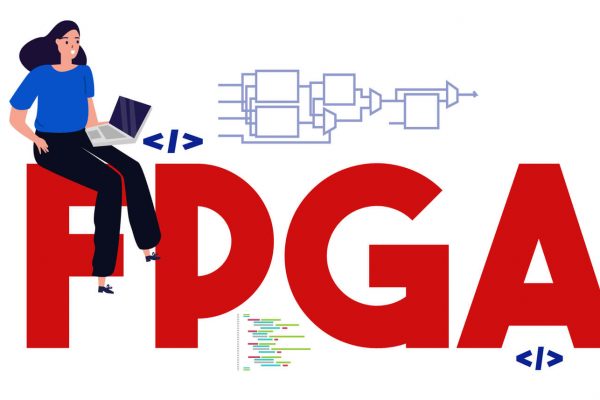